Tonight on Facebook, a college friend asked if her friends like their middle names, why or why not?

I happen to love my name (Megan Elizabeth) and can't recall ever wishing that my parents had named me anything else. Obviously, I refer to myself as Meg a lot, and most of my friends pick up on that pretty quickly and refer to me thus. But I'm happy to answer to Megan as well. What is funny is that I insist that my name is pronounced MAY-gen, not meg-ANN...*shudder* But if you call me Meg, it's definitely pronounced with an "eh" vowel and not the "ay" sound.

Anyway, the point of this post (and there is one...kind of) is my response to my friend on Facebook tonight, which, thus far, has garnered four "likes," two from people who don't even know me:

I love mine (Elizabeth) because it's pretty and because I can jokingly refer to myself as MegBeth while holding up my empty teacup and saying, "To tea...or not to tea?"

A few weeks ago, one of my teenaged voice students handed me a book after our lesson and said, "I remember you mentioned liking The Hunger Games. You might like this one, too." I thanked her and took the book home, putting it on my night stand to read when I finished River Town.

The book was Divergent by Veronica Roth. Set in Chicago in the future, it tells the story ofsixteen-year-old Tris Prior:

In Beatrice Prior’s dystopian Chicago world, society is divided into five factions, each dedicated to the cultivation of a particular virtue—Candor (the honest), Abnegation (the selfless), Dauntless (the brave), Amity (the peaceful), and Erudite (the intelligent). On an appointed day of every year, all sixteen-year-olds must select the faction to which they will devote the rest of their lives. For Beatrice, the decision is between staying with her family and being who she really is—she can’t have both. So she makes a choice that surprises everyone, including herself. --Amazon


I'll start by mentioning that I read this book in about six hours, staying up until nearly three in the morning because I didn't want to put it down. The story is gripping and exciting--that said, it is not a perfect book. There could have been more background information about why the society is the way it is; instead, we are simply thrust into the story very quickly, with little understanding of why it is such a big deal when a child leaves the faction they grew up in.

As far as female heroines go, Tris is better than, say, Bella Swan from the Twilight series. However, she, too, has her flaws--at times her back-and-forth between loyalty to her friends and selfishness are almost enough to induce whiplash.

The negatives aside, I enjoyed Divergent for what it is--young adult literature, easy entertainment, and a story that's fun to lose yourself in. Of course it is part of a trilogy, and of course, a movie is in the works. I'm already reading the second book, Insurgent...so expect a review soon.
Presented to you by... Meg at 8:25 PM No comments:

Lots of pictures to share this week...I started it off with a long day trip, then had several days where I basically stayed home, except when I had to work. 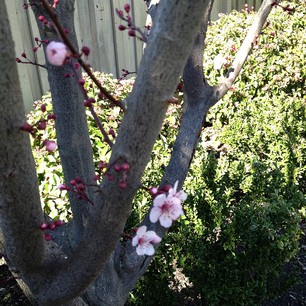 One of the intentions I set for this year was to read and review 25 books. Time for personal reading has dwindled in my life (sadly) as I fall into bed most nights and fall asleep pretty quickly. Being able to sleep well is fantastic, don't get me wrong. It just cuts into my pleasure reading. I haven't gotten off to the greatest start--we're rapidly approaching March and I've read a whole two books; but I've read, and I'm fulfilling my wish of blogging about them. So here goes with Book Review Numero Uno.

Several months ago, I read Peter Hessler's "Oracle Bones: A Journey Through Time in China" in an attempt to gain a better understanding of Chinese history and culture. As I wrote in my review of that book,

I rather expected to walk away from this book knowing more about China's cultural identity...and I suspect that Hessler himself hoped to understand better after writing this book. We both remain unfulfilled in that regard, as it turns out that China, for all its differences from the United States, is much like our home country--it has no one defining cultural identity, and is a large, geographically-isolated nation comprised of people from many cultures and ethnicities.


While I was left with many of my original questions about China, I very much enjoyed Hessler's portrayal and at once set out to buy a copy of his first book, "River Town: Two Years On the Yangtze." Hessler taught English in the city of Fuling for two years as a Peace Corps volunteer, learning the often confusing ins and outs of life in China's Sichuan Province. I was particularly interested in reading this, as my students from last summer were Sichaunese, from the province's city Chengdu.

Hessler has a very unique style--at times he seems almost removed from his subject, like a scientist observing a large experiment, but there are moments of tenderness and humor that emerge to show he honestly became part of Fuling, making friends and carving out a life there as he learned Mandarin and became more comfortable navigating a city in which he was one of only two Americans.

I particularly enjoy Hessler's format for putting his books together--he has the typical chapter format, which moves in a chronological order, but he sticks essays between them that bring life to his subject. In River Town, he highlights local landmarks and people in these essays. These are constants in an ever-changing city and country.

If a reader gets anything from Hessler's books about China, it is that his writing only captures a moment in time--China changes so quickly that it is impossible to write about it without the book quickly becoming a portrait of a past time. Indeed, within a few years of Hessler's stay in Fuling, the Three Rivers Gorge dam project was completed, the Yangtze flooded, and whole cities were left underwater. Fuling itself changed as the lower parts of the city were flooded out.

I found River Town both engaging and informative; while it took me several weeks to read it, I never felt like I was struggling with it, or bored. I found myself understanding a little more about China and its people...this will help me should I have the opportunity this summer to work with Chinese exchange students again.

If, like me, you are interested in learning more about a fascinating, ever-changing society, I recommend both River Town and Oracle Bones by Peter Hessler.
Presented to you by... Meg at 12:53 PM No comments:


One hundred sixty pounds on the leg press machine.


Ten Burpees in a thirty-second period.

Hundreds of accomplishments and brag-worthy moments. Countless muscle aches and blisters and times I've wanted to give up.

In the end, all that really matters--the one number that started this whole Wild and Absolutely True Odyssey, four years ago today--is three.

Three words, so hard for a prideful Leo to utter. Three words I did utter, giving up part of my tightly-held control to someone else. Three words that started me on a path towards health, fitness, and believing in myself.

But those three words, finally uttered, changed my whole course. I'll never be sorry I said them.
Presented to you by... Meg at 8:11 AM No comments:

My journey home was a very roundabout route. I came from Nicasio to San Rafael, to take Highway 101 to Highway 37, which went to Vallejo and Interstate 80. I took 80 to Vacaville, where I turned off onto 505 to take the back roads home...stopping in Winters, then Woodland.

Are you exhausted? Yeah, me too. 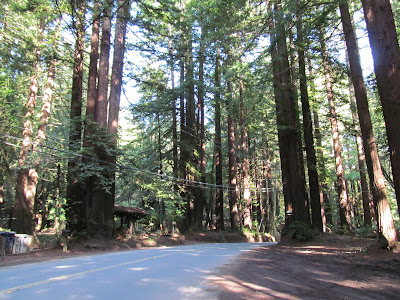 Anyway, along 37, I saw signs for a marina, so I stopped for some pictures. 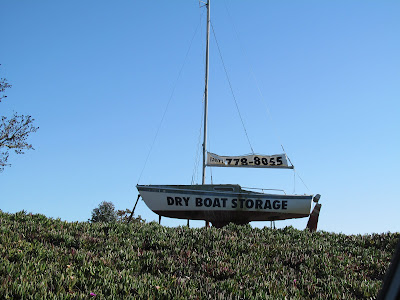 Further down the highway, I found one of those scenic view spots and turned off for that, too. 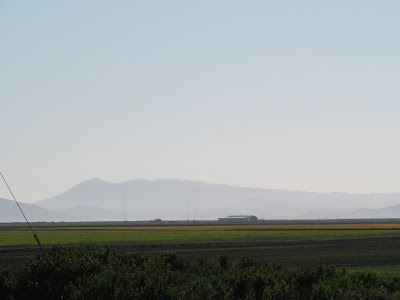 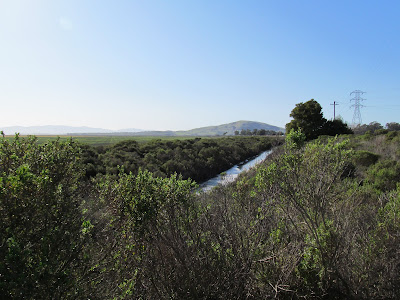 In Vacaville, I stopped at Nut Tree Plaza. I have fond memories of visiting the original Nut Tree (long closed) with my family when I was a child. Some elements of that original exist in this shopping center, but it's definitely way more commercial now. 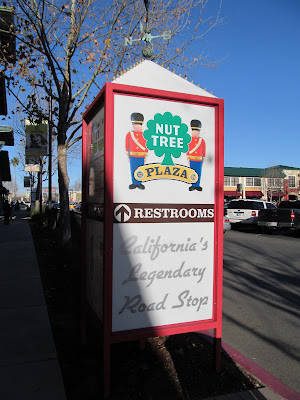 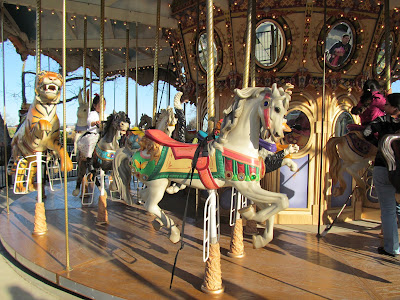 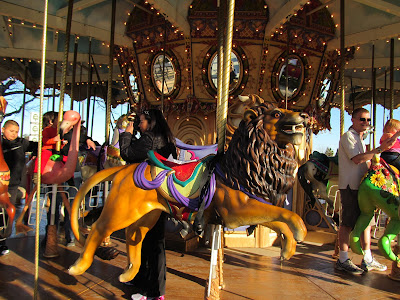 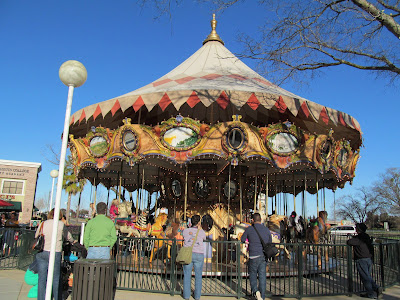 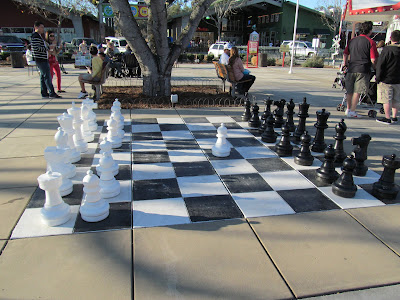 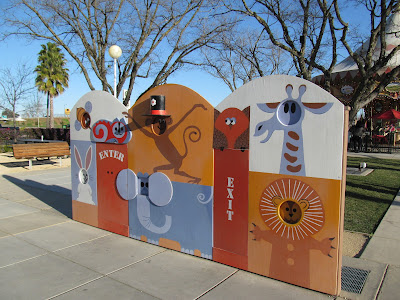 Normally, I just pass through Vacaville on my way home from the Bay Area. Today, I stopped, and then caught 505 northbound. I left at one point to visit Winters and its tiny historic district. 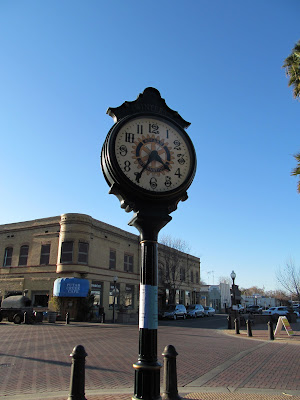 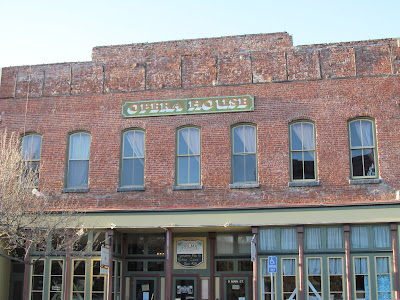 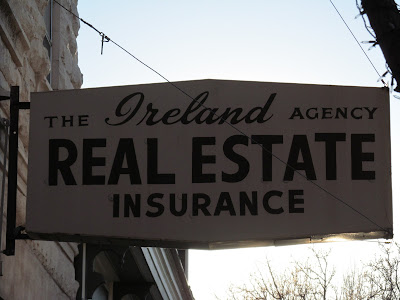 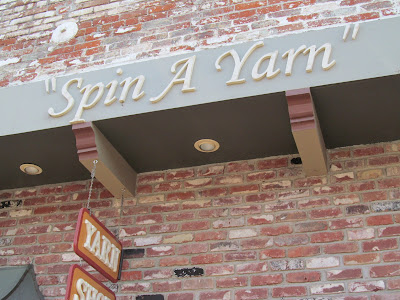 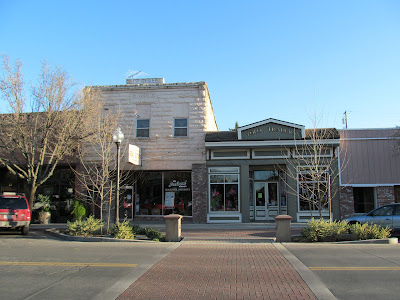 After this, I caught 505 to Highway 16, which took me to Woodland. In Woodland, I stopped to buy some postcards to send to my brother, and was headed down Main Street when a bunch of signs caught my eye. I parked Rosie Pro and ran down the street snapping pictures. Everything was closed except for some bars and restaurants, so the streets were empty and everything looked gorgeous in the sunset. 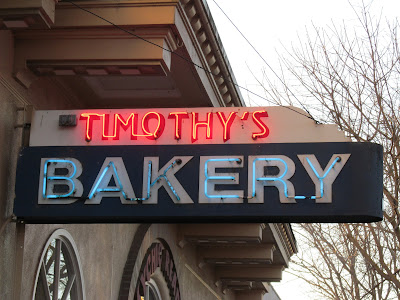 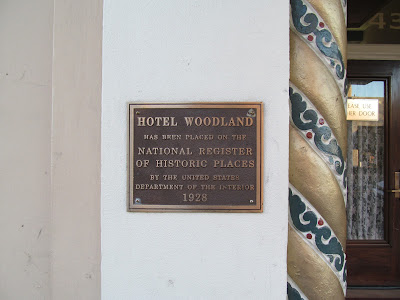 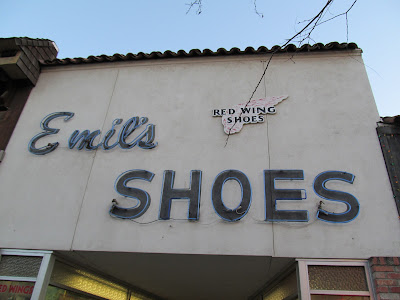 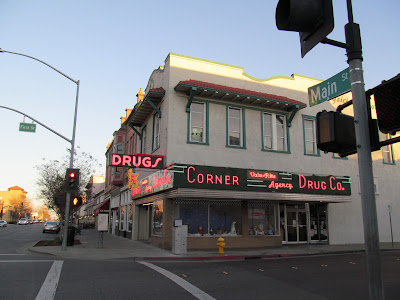 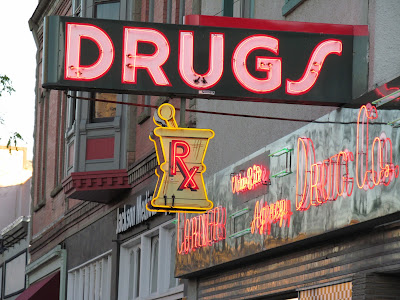 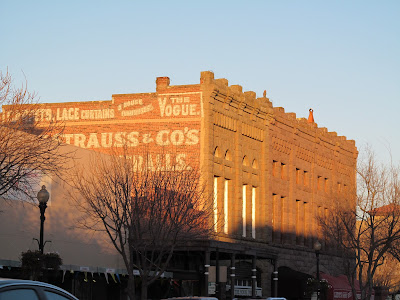 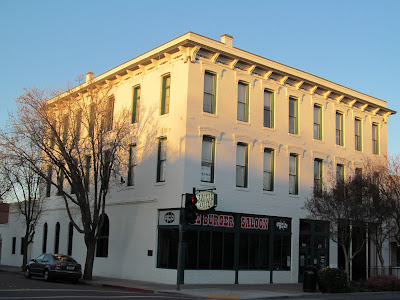 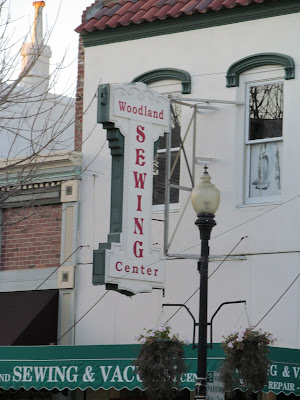 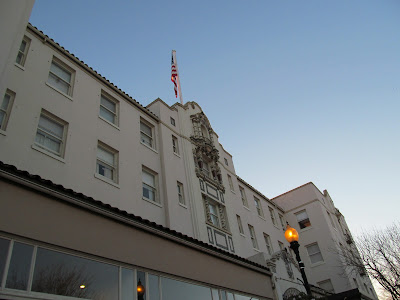 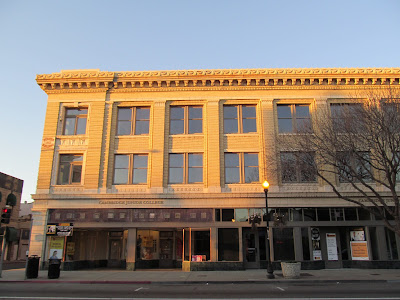 By this time, I was tired and hungry. The desire for either greasy Mexican food or really salty fries was growing, but I resolutely strapped into Rosie Pro and drove home to have a baked potato. I pulled into the garage about 10 hours after I left, exhausted, hungry, and very satisfied. It's been great going through my pictures tonight--the new camera really is fantastic.

Here's to more adventures soon!
Presented to you by... Meg at 9:39 PM No comments: