Some people have been keeping track of how long they've been isolated at home. I lost track after the first week. Does time even exist anymore?

I suppose it does, because I've been taking pictures every day. I'm hanging in there, and very glad that school is out after this coming week. I need a mental vacation. 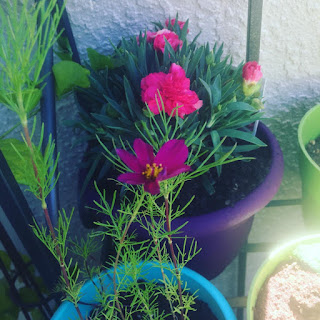 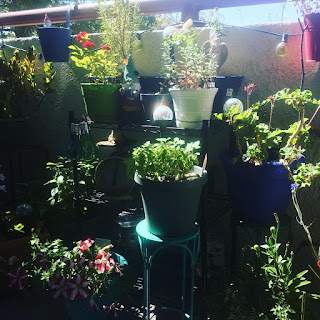 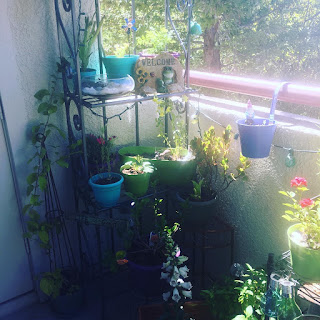 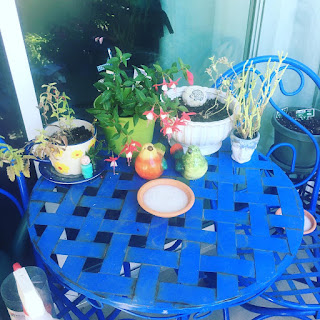 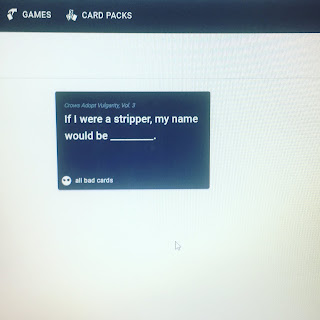 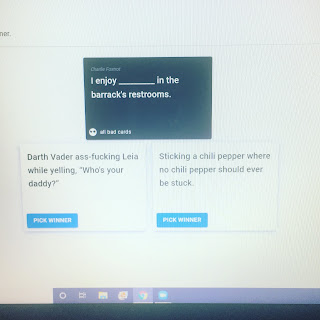 Labels: My Life in Pictures

For a week now, I've been in the process of watching the entire catelogue of Marvel movies.

I am not, usually, a big comic-book-turned-movie person, but I figured I might as well give it a go because:


Anything worth doing is worth doing right, so I thought, well, okay. I'll watch all of the movies. I recalled seeing some "watch them in THIS order" meme floating around at some point, so I got on Google and learned I could watch them in order of release date, or in order of the chronology of the stories and how they intertwine. I decided on the latter.

As of today, I'm 15 movies in, and I'm actually enjoying the journey. Some more than others, of course. Here's where I stand.

I'm glad they started with this one, because I liked it a lot. And I really, really liked Chris Evans as Captain America. He's so "aw-shucks" sweet and cute and I do love an underdog. Especially an underdog who suddenly fills out his t-shirt in new ways.

LOVED this one. Carol Danvers is a badass and the movie itself was very well-done. So entertaining. I look forward to more of Goose. Goose has to come back.

This was...okay. I liked the story itself but Tony Stark is hard for me to really get behind. He's just so...where to start? First off, ego the size of Jupiter. He's never wrong, even when he's so wrong, that Ultron (yes, later movie, but great example) almost destroys humanity. He leaves his beleaguered assistant Pepper Potts, to clean up all of his messes. And she still loves him.

Again, the story is fine--a bit forgettable, though.

I haven't watched this one. It's only available as a rental, and I'm not interested enough in the Hulk as a character to pay for it.

Now we arrive at my original reason for getting into the whole Marvel Universe. I like Movie Thor better than Actual Legend Thor. He's way more even-keeled and sensitive. He has a brain. Loki is appropriately evil (in the myths, he's worse--total asshole). I still didn't love this one as much as Captain America and Captain Marvel, but it was pretty solid.

So finally, we get all these marvel-ous people we've met in previous movies--Captain America, Iron Man, Black Widow, Thor, and The Hulk, coming together to save the world from alien invaders. It's pretty intense. I loved the interactions between these larger-than-life characters, especially as the film digs into their various weak spots. I was a bit "meh" about watching New York City be destroyed.

More Iron Man. This was the least enjoyable of the three Iron Man movies for me. It seemed to go on and on, especially the end kill-'em-all scene, where, of course, Pepper Potts is briefly presumed dead, then turned into some sort of lethal weapon, etc. I mean, lady, this is what you get for dating Tony Stark.

I'm trying to remember this one. My favorite parts were the bits he has with Jane. I can't really remember much else.

I was excited to get a full Captain America feature again. Good ole Cap was back, finding that the childhood friend he presumed dead was actually turned into some bizarre Winter Soldier. I liked the introduction of Sam Wilson in this one ("on your left!") and the use of Black Widow. This one dives into the infiltration of S.H.I.E.L.D by Hydra, which left me a little confused, but I was kinda glad to see it all go down.

Guardians of the Galaxy

Everyone told me, "You'll LOVE this one!"  I liked it. I wasn't in love with it, however. Rocket and Groot are adorable, and hilarious. But the plot left me watching and thinking, "It's like Star Wars and Lisa Frank gave birth to some strange-looking space movie." But I understand that the introduction of Thanos will be important later.

Guardians of the Galaxy 2

I opted to skip this one.

Don't let me get started again on Tony Stark. Look what he unleashed. I mean, at the end of his third feature, he destroyed most of the suits he'd made, in an effort to make Pepper feel better...and then he goes and invents this madness.

One thing that's been weird for me is to be watching a series of movies that introduce characters and keep them around, only to have them then veer into a new character, with no clear connection to what's going on in the rest of the Marvel world. I like Paul Rudd, but I didn't find Evangeline Lilly's character to ring true very much. I sort of "meh'd" my way through this one.

Yay! More Captain America!! But--oh Jesus, here we go again with Tony Stark and his can't-be-wrong. The redeeming qualities of this movie: More Captain America in tight t-shirts. The introduction of Spider-Man. Ant-Man and Spider-Man acting like star-struck kids (or Meg meeting Keane) as they all battle each other. Hawkeye un-retiring. Tony Stark being proved wrong, wrong, WRONG. The introduction of T'Challa (Black Panther).

Ever since Tom Holland was on Lip Sync Battle (the kid has moves!!), I've wondered how his acting is. He was born the year I graduated from high school, so saying he's attractive feels weird. But he's so damned cute! That aside, I bloody loved this movie. Peter Parker is perfectly nerdy, angsty, endearing, and brilliant. I found myself laughing (where I'm supposed to) and engrossed in the story. There's more of that annoying Iron Man, and for once, at least, he gets it right, making Peter prove he's ready for the advanced Spider-Man suit.

That's where I'm at. I will dive into Dr. Strange tomorrow, and probably finish off many of the movies this weekend. I saw Black Panther in the theaters when it came out, but I'll re-watch it to stay in order.

I haven't mentioned much about Nick Fury and S.H.I.E.L.D., because honestly, while I love the character of Fury (and Samuel L. Jackson is, of course, perfect for the role), I'm really more interested in the character arcs of the Marvel heroes themselves. All of them have real weaknesses, and those weaknesses are fully explored. These are not perfect super-heroes, they're real people with emotions and regrets and blind spots.

So...my favorite movies so far:
My favorite characters (no particular order):
Presented to you by... Meg at 8:37 PM No comments:

Life in Isolation...More Pictures and Memes

And so here we are, ten days into May, and I still spend 98% of my time in my home. I have been getting out almost every day to walk or run, because sunshine and fresh air are good for me. When it's not too warm, I sit on my balcony, and I've been watching my garden do it's thing with a lot of delight.

I'm still teaching remotely, which is still difficult and frustrating because I can't teach the stuff I really want to teach through a computer. I'm muddling through.

And every day, I'm documenting with pictures. Here's some highlights from the last couple of weeks. I'll start with my closet. I had designed/ordered a new closet system a couple months ago, and my original install date was pushed out due to shelter-in-place. But the second date stuck, and while the guy installed (wearing a mask), I worked in my second bedroom (also wearing a mask). We took a lot of precautions and he even disinfected both units when he finished. 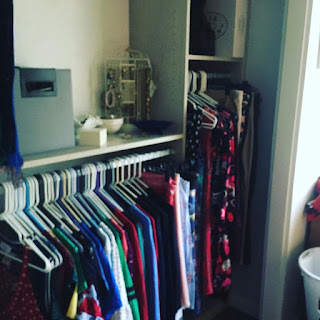 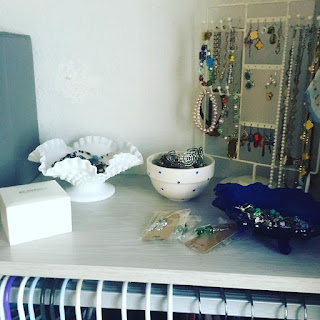 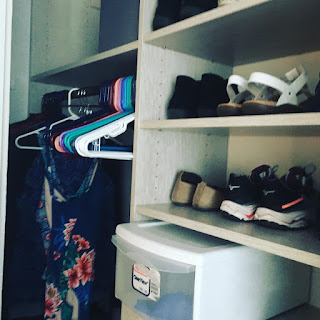 And the rest, completely not in chronological order, but oh well. 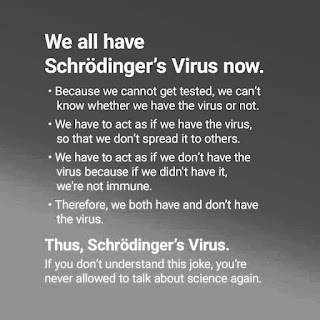