I spent a few hours at my favorite Large Suburban High School today, working in my room and office, visiting the main office, and basically just getting back into the swing of gym, shower-in-flip-flops, go-to-work again.

The last few times I've been there, all has been quiet, but today, the school is waking up. Freshman Band Camp is in full swing, and Student Government is hard at work. The office staff came back in full today, and the counseling staff is back, too. I saw a few teachers.

While campus is mostly quiet, there are strains of marching band instruments from the football field, and cheerleader yells from over by the gym.

Little by little, the campus is coming alive again, waking from its two-month summer nap and getting ready for an explosion of activity in the coming weeks. Fall at a high school is definitely one of my favorite things, as temps drop ever lower, and football starts. There's an energy, a pride.

A year ago, everything was new, and terrifying. This year, I'm coming home, with a plan. My room is coming together, looking like it belongs to me, and I'm getting so excited to welcome my returning students back, and welcome my new students to the fold.

As I walked across the just-stirring campus today, I looked around an imagined it full-to-bursting with students, with noise, with life. I whispered to myself, "It's going to be a good year."

The overall theme of the Little Pink Blog is, of course, that life is an adventure, and not just because you're doing something huge, like moving to England. I've found that adventures big and small can happen in your own neighborhood, and that life can be made more exciting just by going for a run.

That said, over the last ten years, I've had a few opportunities to see some amazing places. Here are ten favorite adventures, in no particular order.

My first visit in England was in Spring 1999, and I left before the London Eye was erected. I remember thinking it looked like a blight on the South Bank, but when I finally saw it in person, in 2004, I was more impressed...and I had to fly it.

Sponsored by British Airways, you don't "ride" on this huge observation wheel, you fly. And believe me, it's worth the ride. 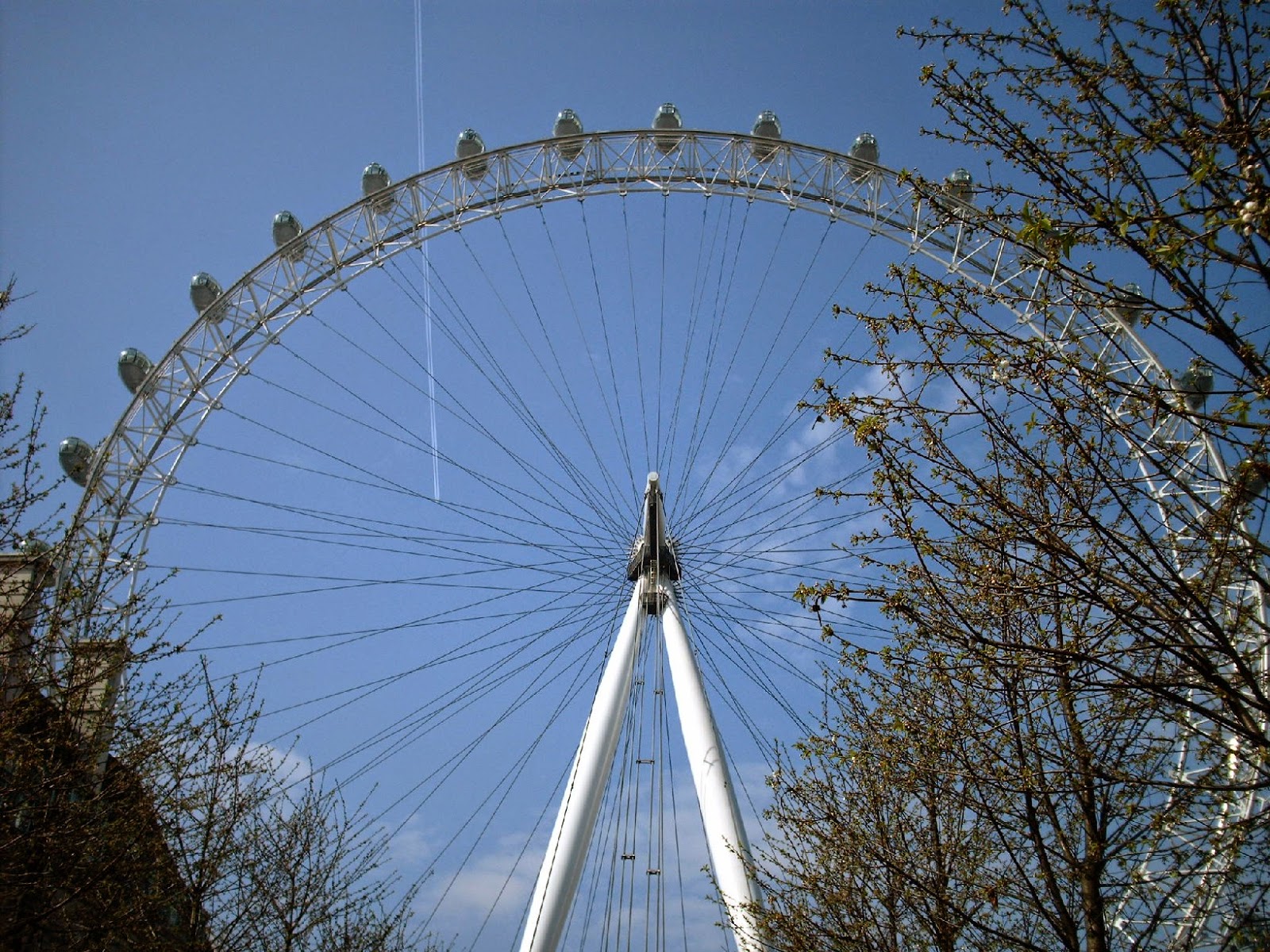 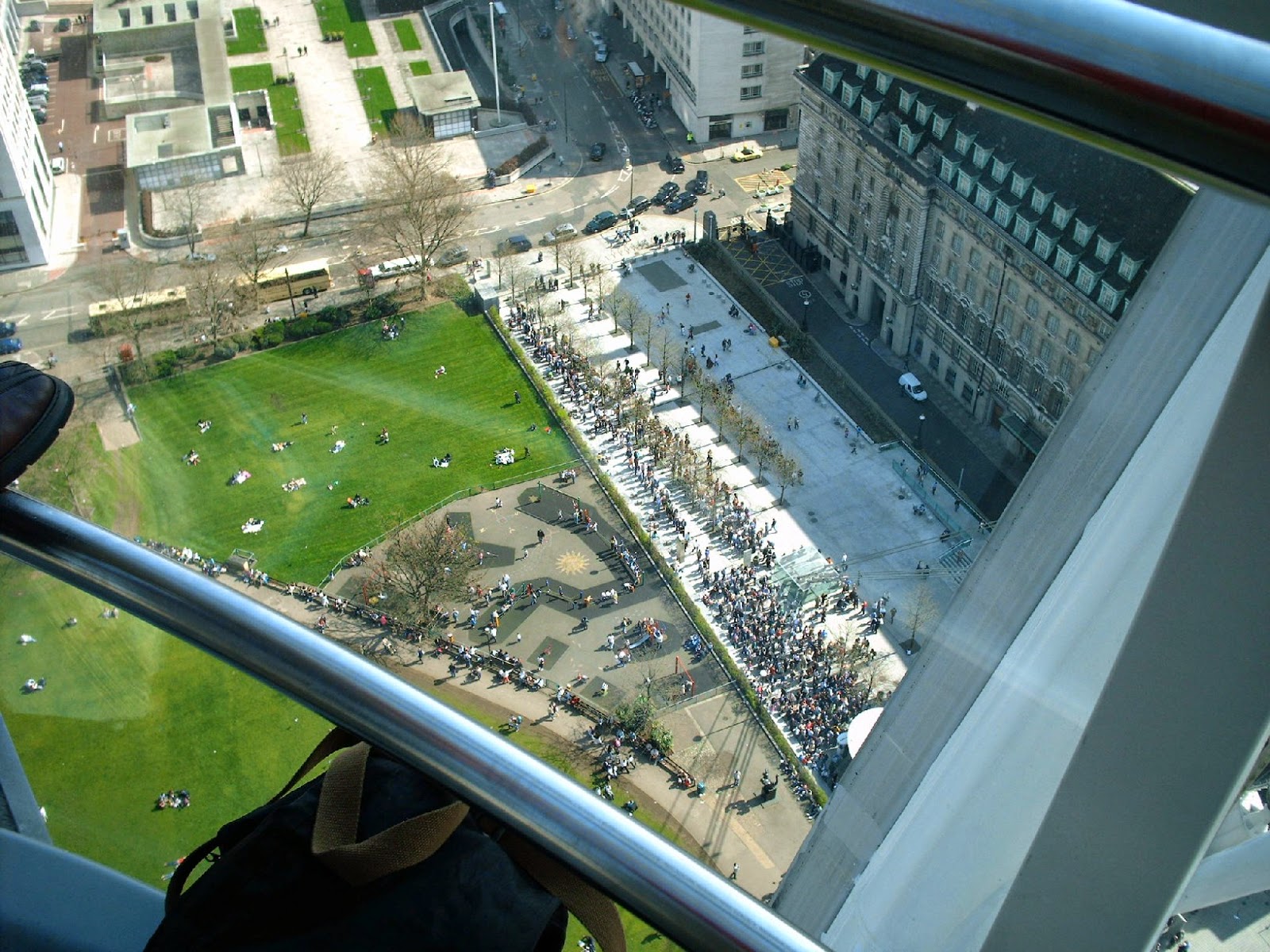 France -- Paris and the D-Day Beaches

In April 2005, Mom and Dad visited me for Spring Break, and together, we all took the Chunnel train to Paris. It was a marvelous trip, catching up with my parents, seeing lovely Paris, and finally seeing the D-Day Beaches in Normandy--a very moving experience.


A Very Quick Trip to Ireland

In May 2005, my friend and colleague, Jo, rushed into the teacher work room one morning to tell me, "Airfare to my home airport is 80 quid. If anyone wants to spend half term in Ireland with me..."

So it was off to Ireland, to County Kerry, for a few days. Ireland was lovely. 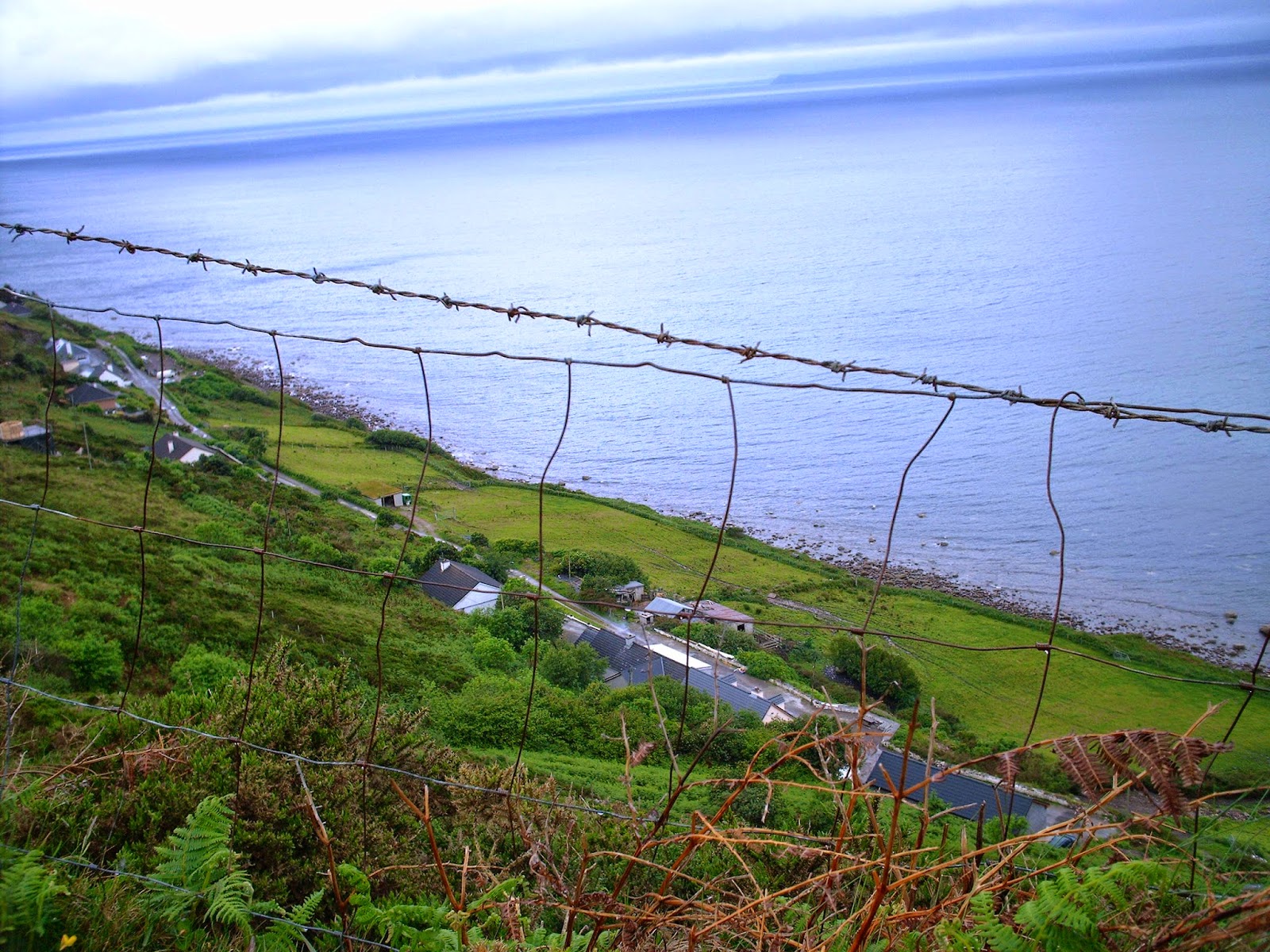 So Many Keane Adventures

When I bought those concert tickets in 2009, I had no idea how much I'd come to love Keane, and the adventures I'd have and friends I'd make because of one band.

I've seen Keane 5 times, met all four of them, and I have their autographs. I have my dear duck ladies because of one ridiculous joke, and all of the ensuing Swimmy adventures because of that.

It's been so much fun. I truly hope they're simply on a long hiatus, and not finished for good.

I love London. It remains one of my favorite cities in the whole world. That said, there if you really want to know England, you must see its smaller towns. My year in England was spent living in tiny, unheard-of Burnham-on-Crouch, deep in Essex County. I feel in love with it from the first day.

The Crouch river runs saltwater in Burnham, as it's so close to the North Sea. The town itself is small, friendly, and very walkable.

I still miss it.

In April 2006, I spent part of my Spring Break in lovely Victoria, British Columbia. What a gorgeous little city, an absolute gem. I found everyone friendly and helpful, and I felt safe there. I drove from my home in Port Ludlow to Port Angeles, took a ferry across the Straight of Juan de Fuca, and drove from the ferry dock to my hotel (about a mile). There I parked Rosie in the hotel's lot, and proceeded to leave her for three days while I explored on foot, checking out my hotel room window once a day to make sure she was still parked there.

I'd love to go back. 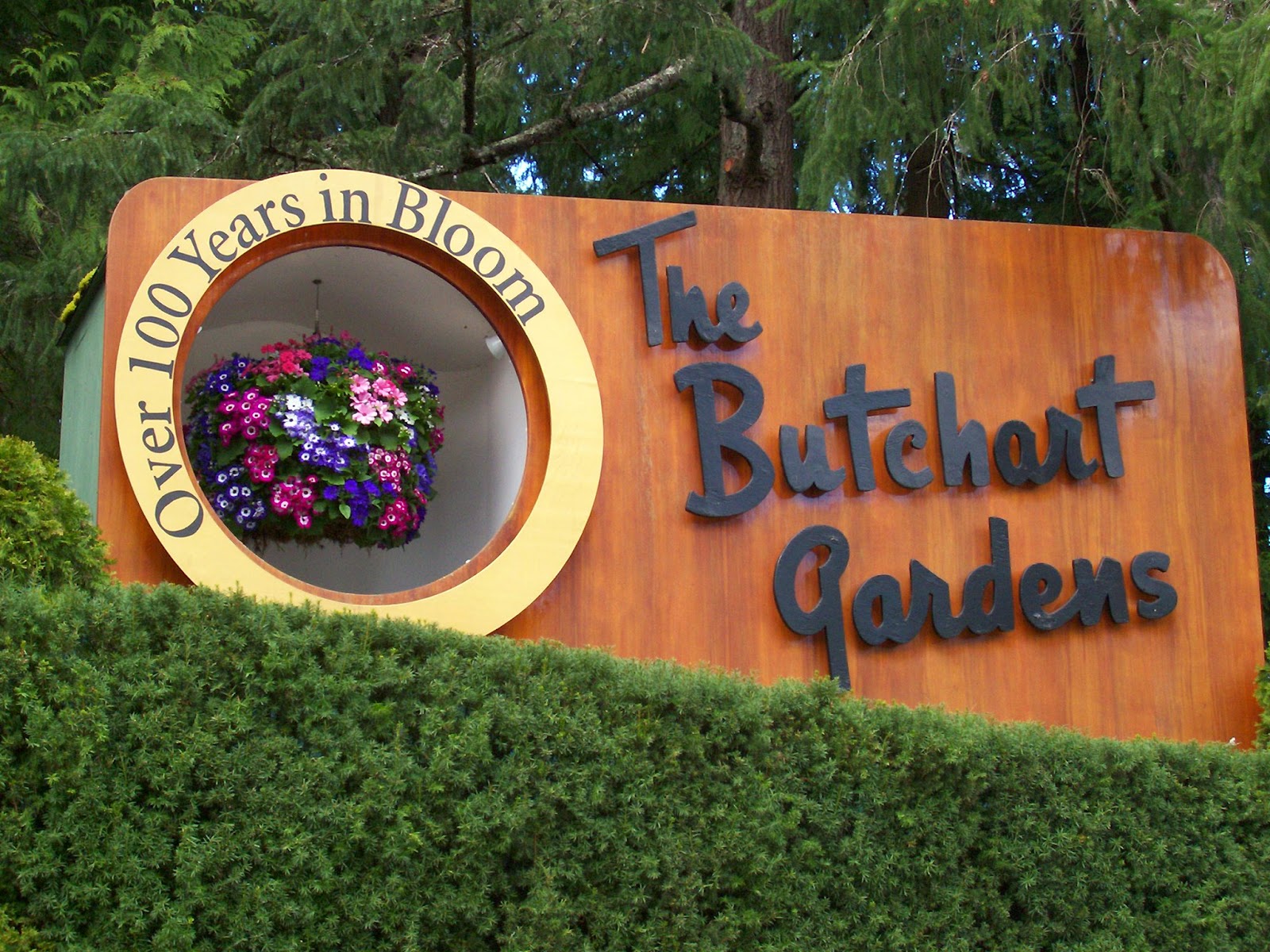 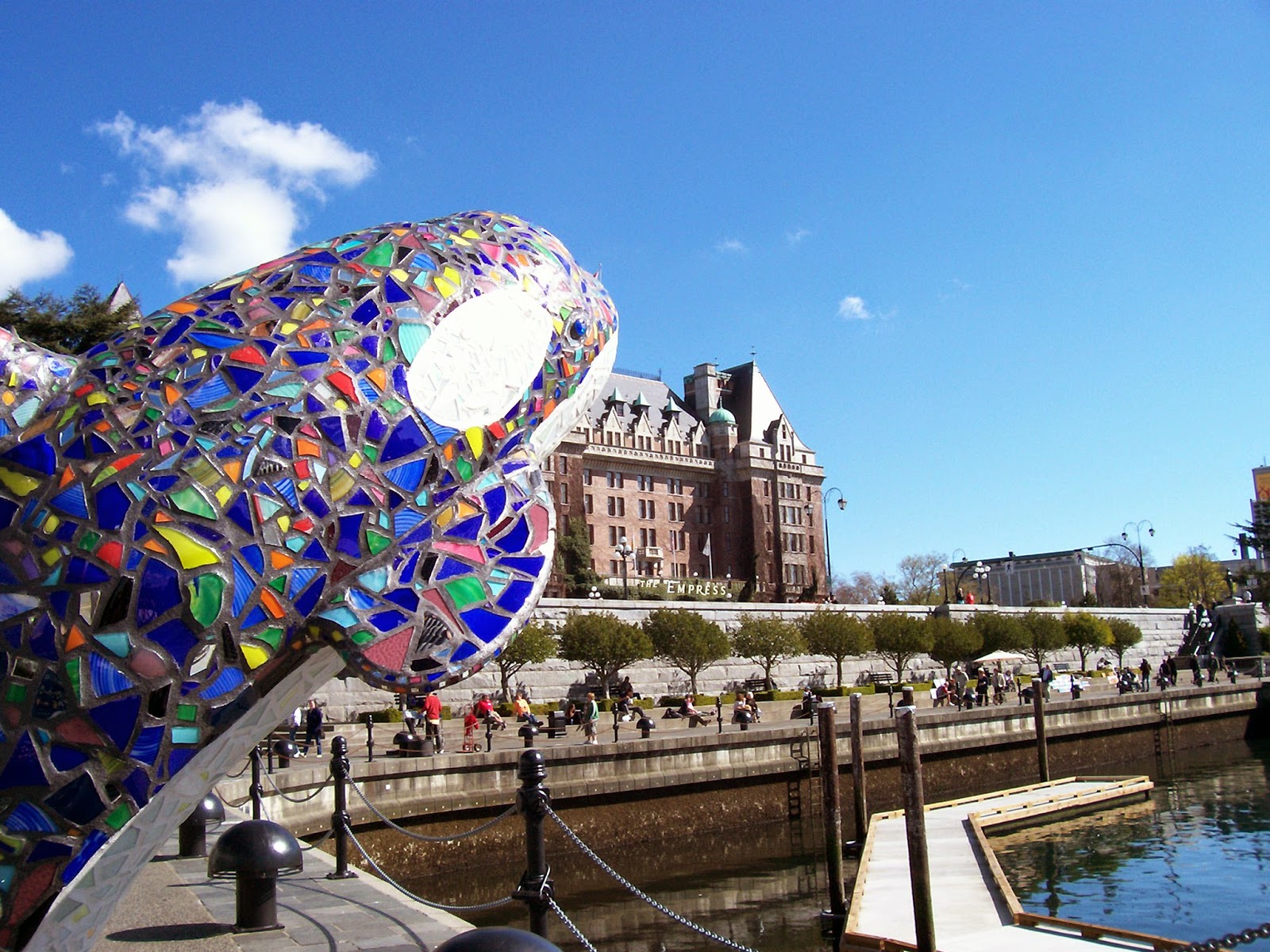 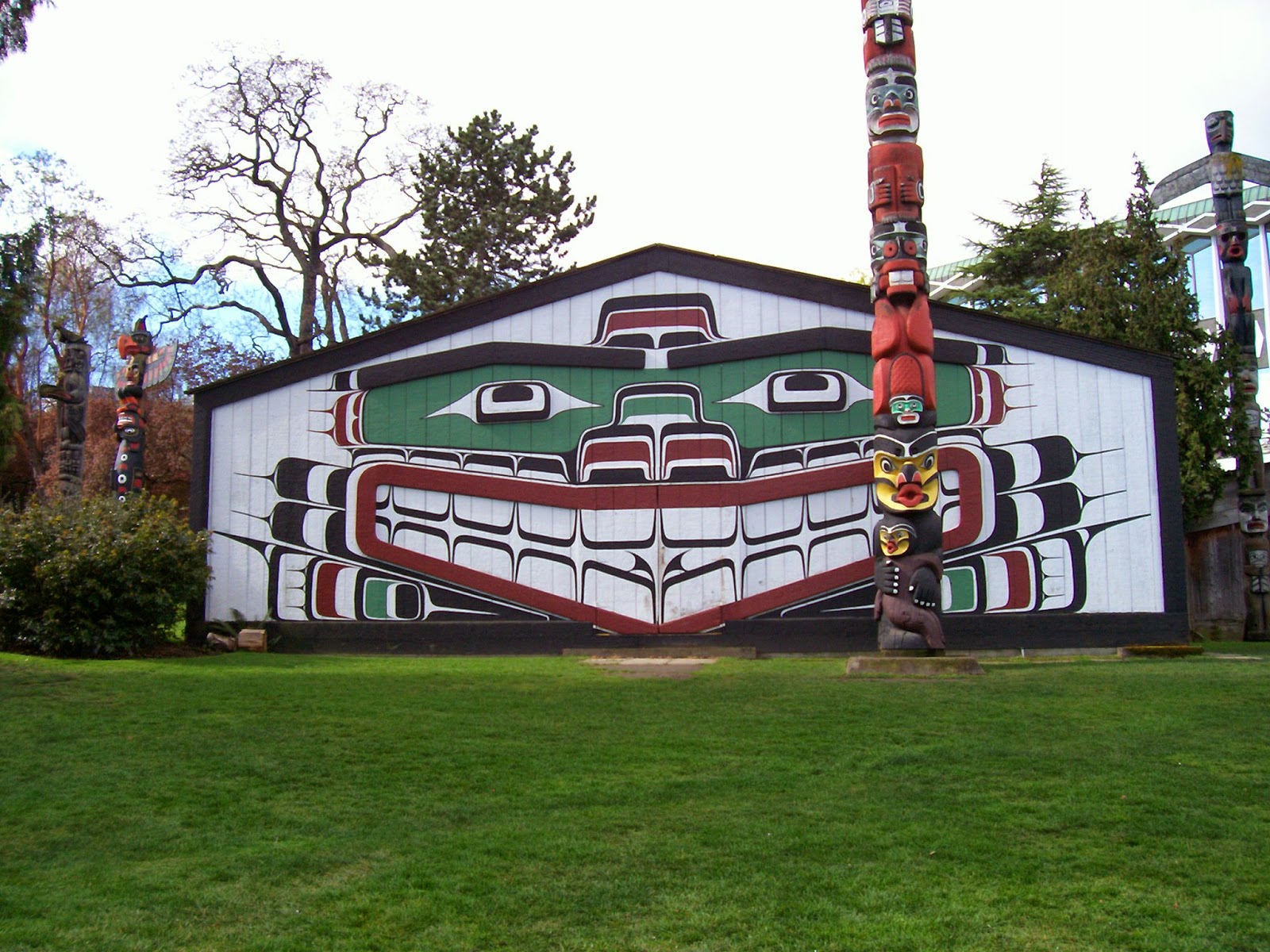 In 2007 or 2008, I finally saw my first California Mission. Since then, I've made it my mission--pun absolutely intended--to see all of them. I'm not there just yet, but I've made excellent progress. There are 21. In the captions below I give the mission's name and the number it was in order of being built in parentheses.

Throughout the life of the Little Pink Blog, I've always had Millie. Cat guardianship is definitely an adventure, and it was no less so when I adopted a small ginger terrorist in 2008. Called Khan at the shelter, I renamed him Harley for his huge purr, with Dude tacked on because he was such a little dude.

Harley was curious, annoying, adorable, loving, fat, naughty, and I adored him. Making the choice to let him go when he was only four years old was the hardest grown-up decision I've ever had to make. But in those all-too-short four years I had him, I lived every day with sweet kitty cuddles, exasperated shouts of, "Har-leeeeee!!!" and the most glorious purr I've ever known. 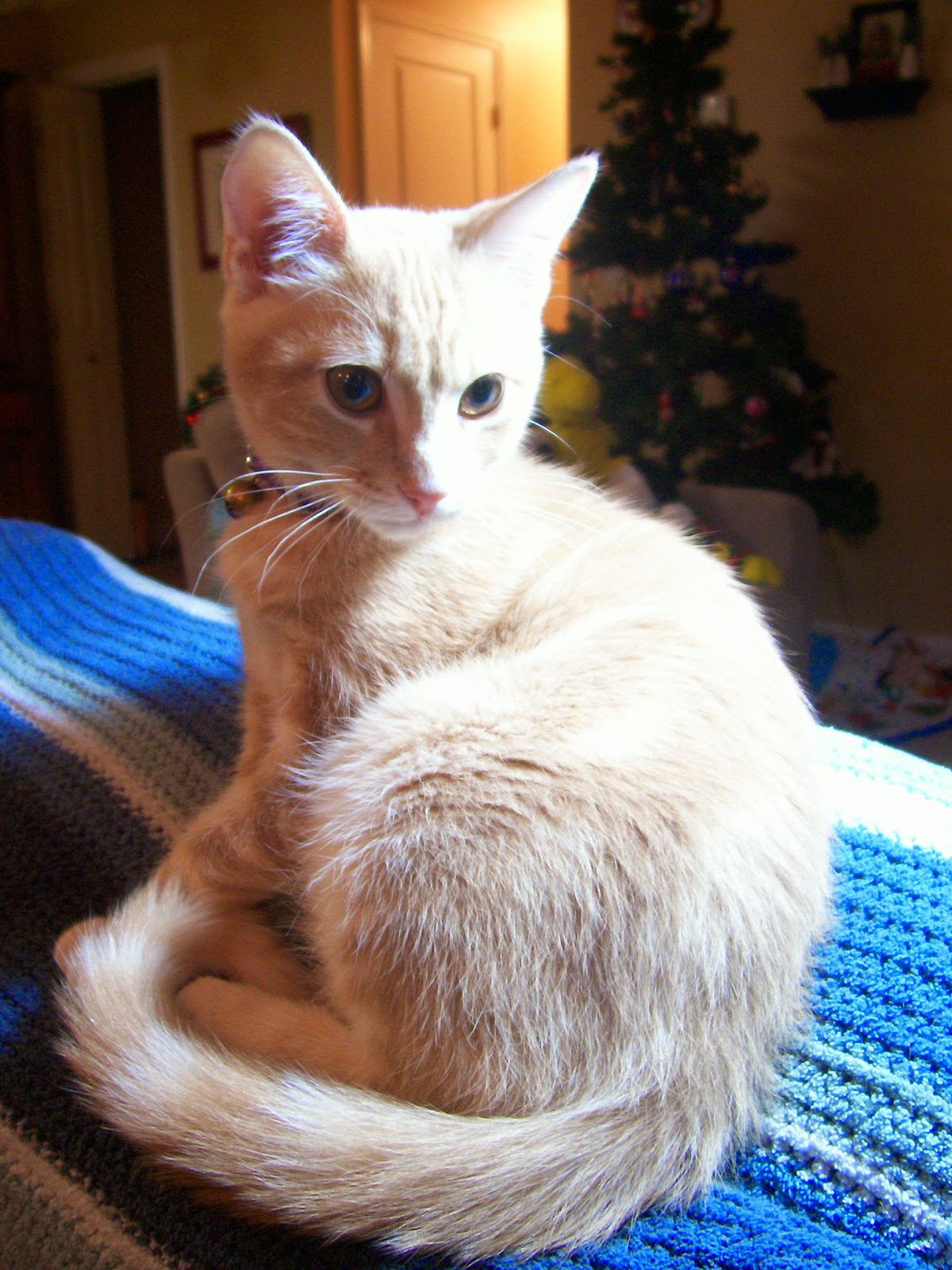 I tried to run once in 2005. I was stressed, feeling bad about my body, so out on a walk in Burnham one evening, I started running, thinking, "Come on, how hard can this be?" I didn't last long.

Turns out, running is really hard...until it's easy. But then, it's never easy. Even now, when I'm pretty firmly in that "I'm a runner" phase of life, I still have hard days. Shin splints, cramps, you name it. They happen.

But it's an adventure. I've run several 5Ks, two 10Ks, and I'm training for my first half marathon. I've spent good money on shoes, a hydration belt, energy chews, and comfortable running gear. I go to bed early on Saturday night so I can get up early on Sunday to get a long run in. Apps like Map My Run, Charity Miles and Seconds Pro take up room on my iPhone, and are frequently used.

Of all the adventures I've had over the last ten years of this blog, becoming a runner has been the wildest.


Exploring My Own Country

Living in Washington, visiting Idaho and Utah, driving across Nevada. Seeing San Diego for the first time, and exploring my gorgeous home state. I've had some great adventures in the western states over the last ten years. Here's to expanding to the East Coast sometime soon! 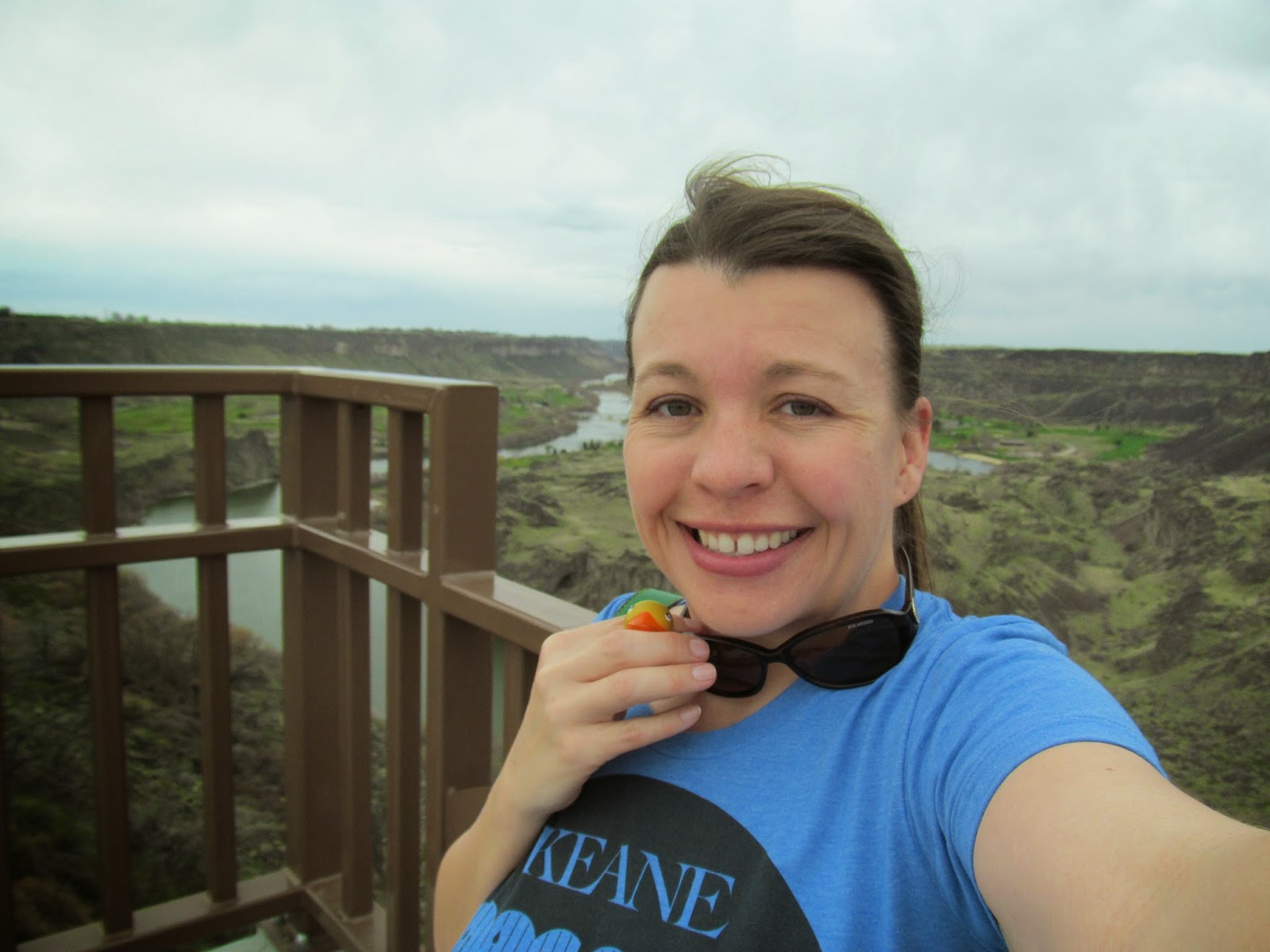 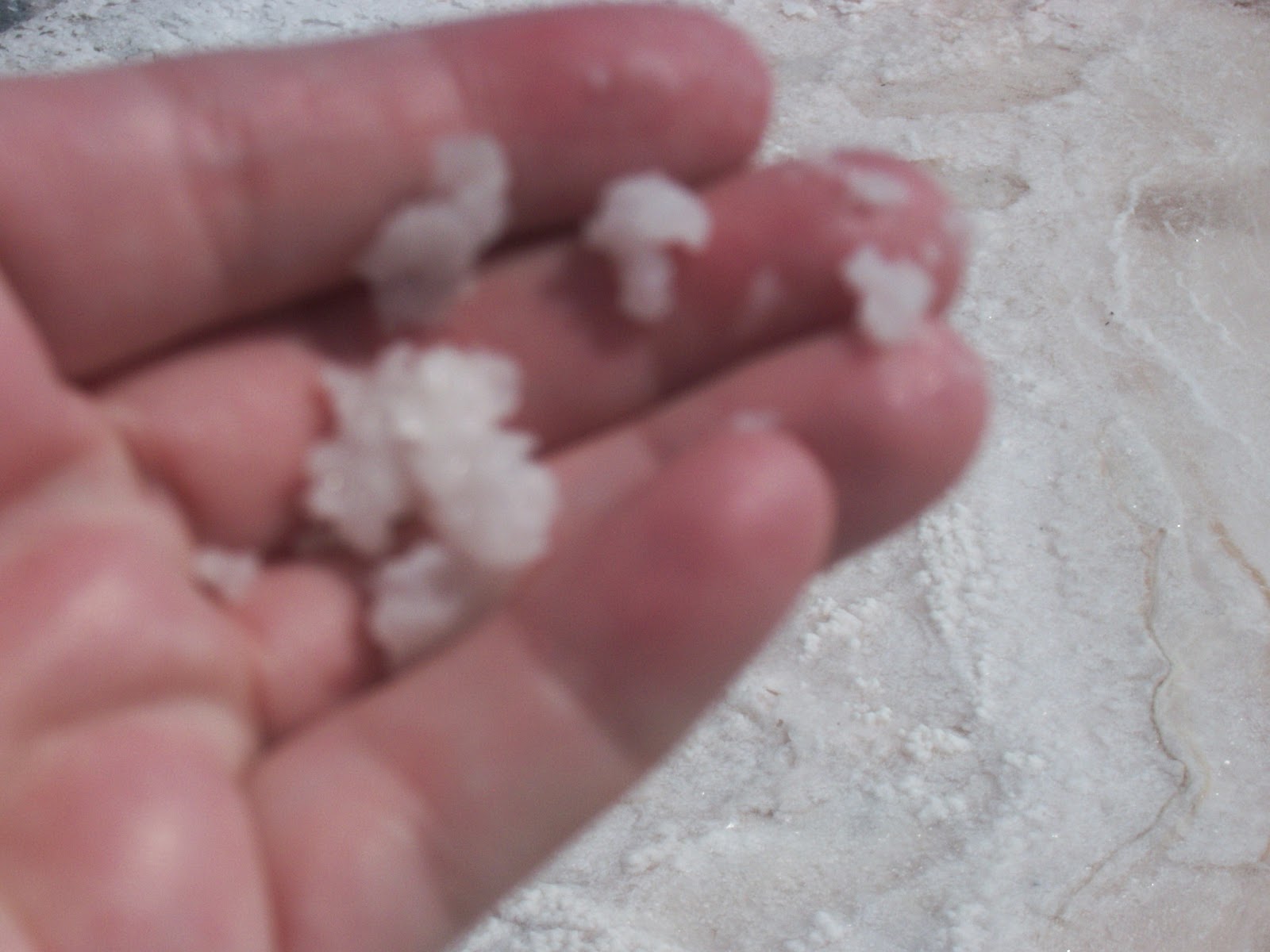 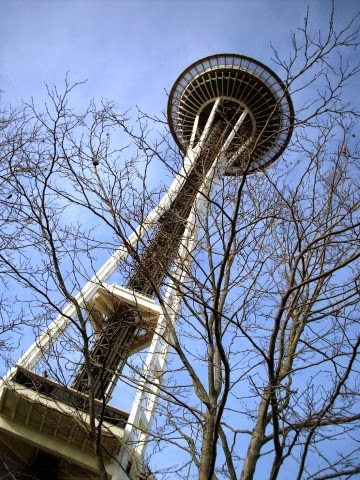 When I left England, I wondered, briefly, if I should stop blogging. I didn't want to, and I'm so glad I didn't. The Little Pink Blog is a record of the adventures I've had, the thoughts I've had about my life, and I'm so glad to have it. Every so often, I go back and look at past posts, and I'm reminded how much I've grown...how much I've lived.

Here's to many more adventures, Wild and Absolutely True.
Presented to you by... Meg at 12:00 PM No comments: